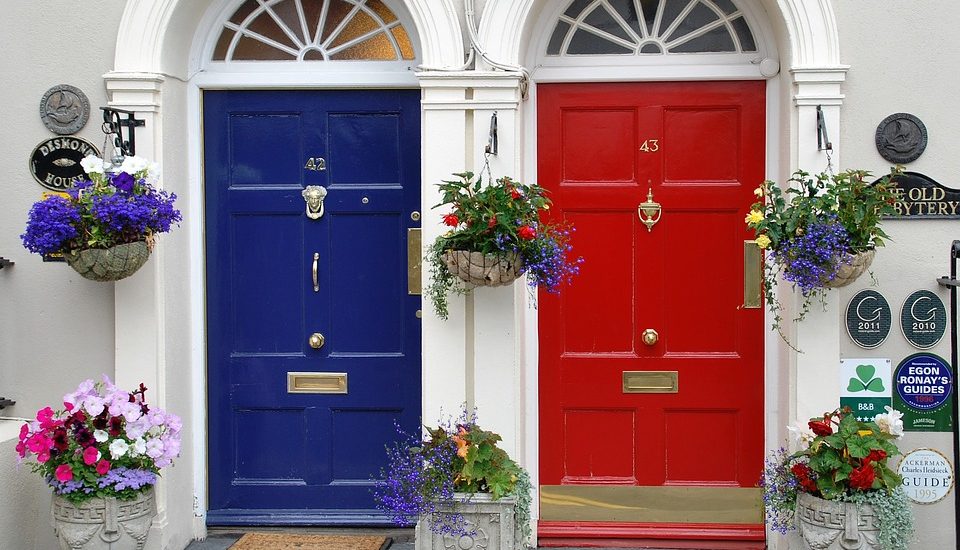 Anyone who has spent more than a few minutes in the door section of a DIY shop will know there’s much more to this set up than you first think. In fact there are so many different parts of a door that it can all get a little overwhelming! Even if you’re familiar with some of the features, knowing the names for the parts of a door can be quite the linguistic challenge. And that’s not to mention the parts of a door frame!

Whether it’s outside or inside doors you’re interested in, we invite you to cross the threshold as we take you through all the key parts of a door and frame, and the associated lingo. For added points, grab a pencil and draw yourself a diagram as we go!

What Is A Door Head?

What Is A Door Sill/Threshold?

A door sill, or threshold is what the bottom of a door frame is called; the horizontal part of the door frame that sits below the door. You don’t usually find them on interior doors, but most exterior doors will have a threshold. And the purpose of a threshold (apart from something to carry a bride over)? Well it’s primarily there to add rigidity to the frame and to help water to drain off to the outside rather than the inside. Occasionally you may hear these referred to as door sill plates, but generally people omit the ‘plate’.

What Is A Door Stop?

When asked, “What is a door stop?” most of us could have a good guess. And a lot of us would be wrong when it comes to the names of different parts of a door! Perhaps we ought to call them door frame stops instead. A door frame stop refers to the thin wooden strips that run around the inside of a door frame against which the door closes. Without these, you get more of a saloon effect, and a door that quickly flies off its hinges!

What Is A Door Jamb?

There’s a good chance we’ve all heard of a door jamb, but how many of us know what a door jamb looks like? Well it turns out we probably all do, we just didn’t know we did, for jambs are simply the vertical parts of a door frame. The jamb of a door runs either side of it and connects the head to the sill (if the door has one). What a door jamb does is to hold the weight of the door on one side through the hinges, and provide a recess on the other by which the door can be closed or locked. 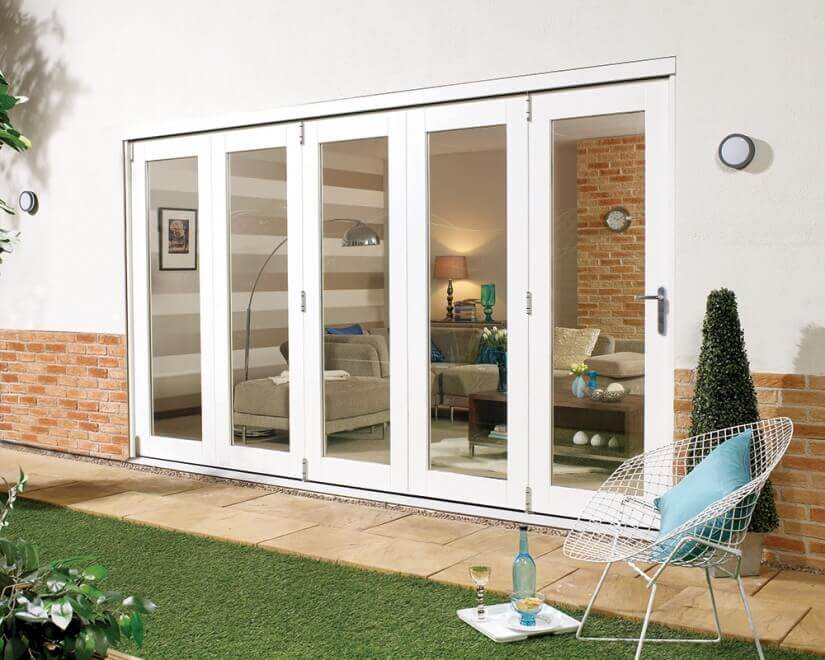 Browse our selection of internal doors and transform your living space. With styles to suit any home, you’re sure to find something you love!

What Is A Door Leaf?

When it comes to the names of parts of a door, what is meant by a “door leaf” is a real kicker. For a leaf is simply the name given to the door itself! It is a little more specific than that in that it refers to just the thing that will fill the hole, without hinges or handles or anything attached. If we’re talking about parts of a wooden door for example, it is the big wooden rectangle. A door with hinges and handles attached is sometimes called a ‘door set’.

What Is A Door Lining?

A door lining, or a door lining set is the name given to the constituent parts of the door frames, and includes the head, the jambs and the sill. Also sometimes called a door casing (or simply ‘frame’), it is used for both hanging the door and also for dressing the door opening to hide the stud wall and plasterboard that can look a little unsightly.

What Is A Sash Door?

A sash door is a door that is partly constructed of glass and the door sash refers to the glass part of that door. The sash may include a single pane of glass or a collection of smaller panels. Sash doors are becoming increasingly popular for their ability to bring natural light and fresh air into closed off spaces.

What Is A Door Lite?

A door lite is the name given to the individual glass panels in a door. A door lite can be clear or decorative and on external doors, it is usually double glazed. A common variety of lite is the sidelite, which is a tall and narrow lite usually positioned on either side of an entry door.

What Is an Architrave?

The architrave (sometimes also referred to as jamb casing) is part of the door casing and refers to the decorative trim that sits around the door frame. It is purchased separately to the frame, which is what the wood around the door frame is called. Selling it separately means it’s easier to match skirting boards and other aspects of a room’s dressing, and as it is just part of the door moulding, it can be attached and removed relatively easily and without affecting the workings of the door. The main reason you see an architrave around a door is because it means you won’t see remaining worked parts of the opening that the lining set hasn’t concealed!

What Is A Door Lipping?

A door lipping is the solid edge that runs around bottom and two long edges of the door itself (or the leaf). It hides and protects the particleboard construction inside and is certainly something to bear in mind if you need to trim the width or height of your door before installation. A lipping is usually around 12mm thick, but it’s not advisable to trim any more than 8mm off, so do double check before you reach for the saw!

What Is a Kick Plate?

A door kick plate is a piece of metal that attaches to the bottom portion of your door and is used to prevent damage to your door’s surface. Kick plates are most often used in commercial buildings such as shops, offices, schools or restaurants, where there is heavy traffic or where people are likely to be kicking the doors open. They are not vital for doors in the home, but they can make a strong style statement, so they are becoming more popular in this setting!

A door is such a simple and universal feature that it’s easy to take it for granted, and most of us do! But peek beneath the veneer and there’s a little universe of parts and pieces that assist us on our journey from one room to another. It is a mechanism that has been finessed over centuries, and we hope we’ve been able to shed a little light on the various parts of a door and facets of its construction. We bet you’ll never look at a door in the same way again!