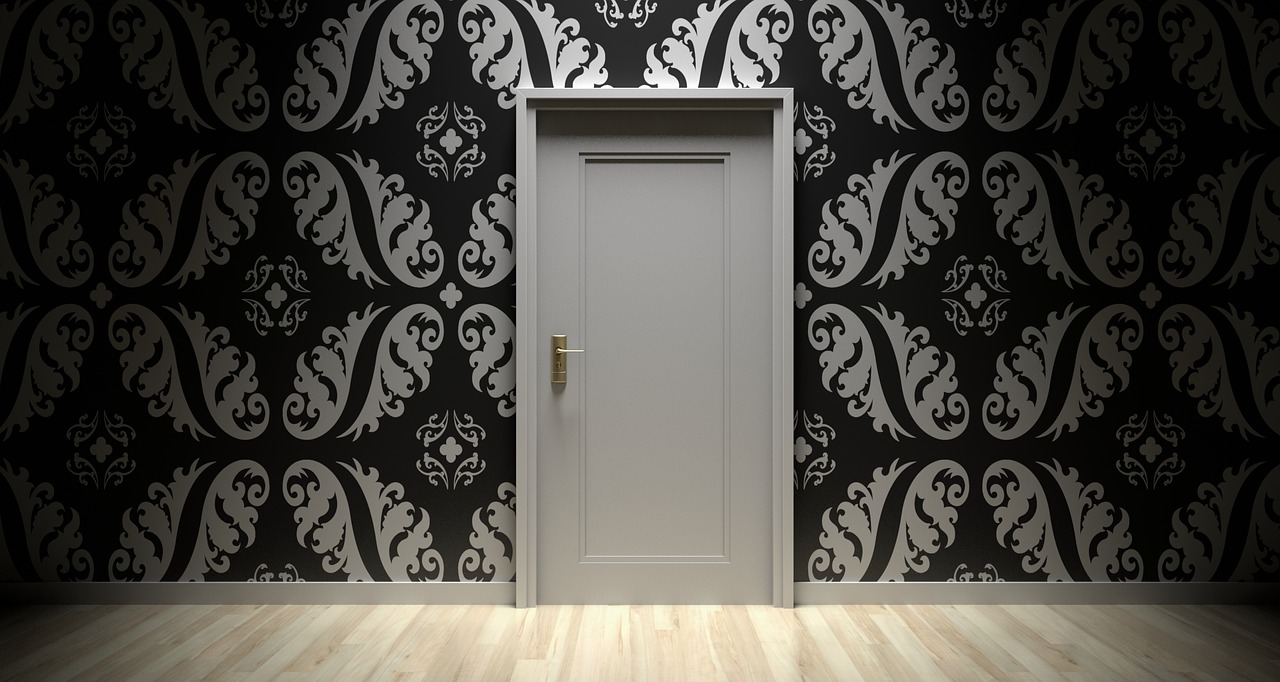 The modern British home is filled with items that we don’t spend much of our time thinking about – that is, until the day that they malfunction.  And there are few pieces of equipment that fit this description more closely than a internal door handle.  When they’re working, they largely get taken for granted.  When they stop, you might find you’re denied access to a room in your house.  Worse, you mind find yourself trapped inside that room with no way of getting out short of breaking down the door!

Naturally, it’s best to arm yourself with a little bit of knowledge, so that you’ll be able to tackle these problems before they arise by choosing a door handle that’s the best possible fit for your door.  Here, we’ll try to provide such knowledge and address some of the more common door-handle-related queries in the process. 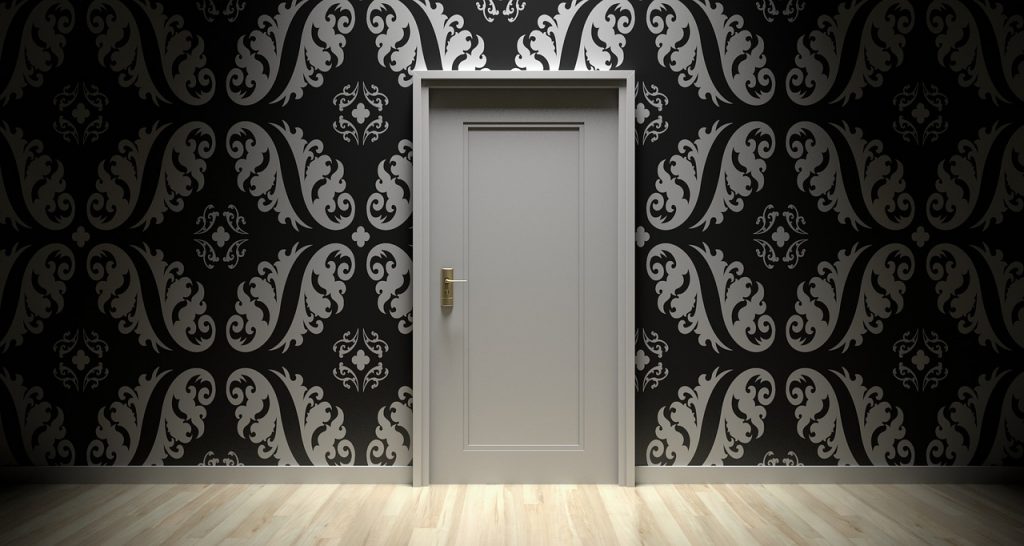 How does a door handle work?

If we’re going to really understand what might cause a piece of machinery to stop working, we need to first understand how it works when everything’s going smoothly.  This is so for a very complicated machine, like your car, phone or computer – and it’s just as much so for a relatively simple one like your door handle.

While there are many different styles of door handle, each of them share a few key elements, without which the handle wouldn’t work.  Of these, perhaps the most obvious is the handle itself – this is the part of the door you actually twist – they generally come either in the form of a lever or a more traditional doorknob.  The handle is really just a means of applying leverage to the cylinder – an object within the handle (which, ironically, is more often a cuboid).  This cylinder is what causes the latch to slide back and forth on the inside of the door, thereby attaching the latch to the frame.  Finally, it’s worth considering the bezel – the part which sits around the handle, attaching it do the door.

How do I choose the right size and type of door handle? 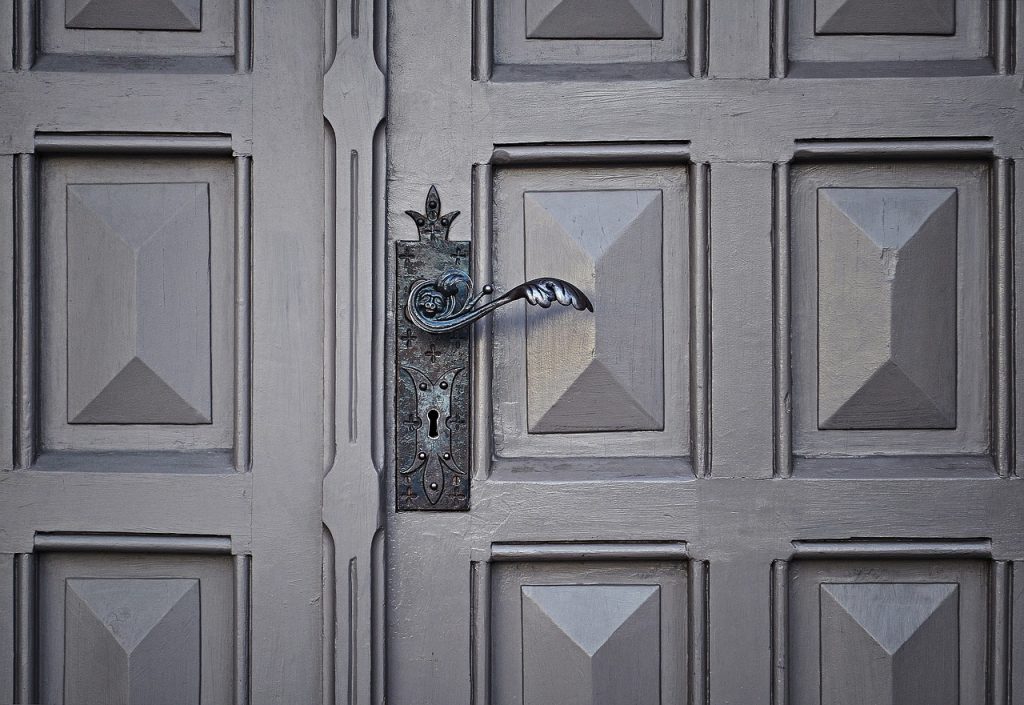 What size door handle will be required depends on the door you’re shopping for.   The latches of virtually all door handles come in a standard size – so you won’t need to worry about your latch being too large for your door.  That said, there is some variety when it comes to the distance between the handle itself and the edge of the door – since, clearly, different sized doors will require different sized handles.

Some, like fire doors, will have a deeper overlap, which means you’ll need an accordingly deep handle.  Latches are typically measured in inches – if you’re shopping for a replacement, then be sure to match those replacements with the old latch.  This measurement is slightly different from the handle’s backset.  What is door handle backset?  That’s the measurement between the edge of the latch and the point where the cylinder fits.

When shopping for a doorknob, you’ll also need to decide whether you’d prefer the traditional round sort of knob, which is still favoured in the United States, or a more modern lever-style handle.  While a lever will offer slightly more leverage, the difference is hardly enough to be appreciable – and so the choice between the two becomes an aesthetic one.  Choose a style of door handle that matches your taste.

Where should I put my door handle?

Now that we’ve established exactly which sort of door handle’s we’ll be investing in, it’s worth pondering:  where should a door handle be placed? There’s no precise standard concerning where to install your door handle – most doors in Britain come with handles which sit at around a metre, but there are some which sit a little lower or higher.  You’ll want to position your handle on the side of the door which will allow it to open without consuming too much space inside the room.

What to do when a door handle breaks? 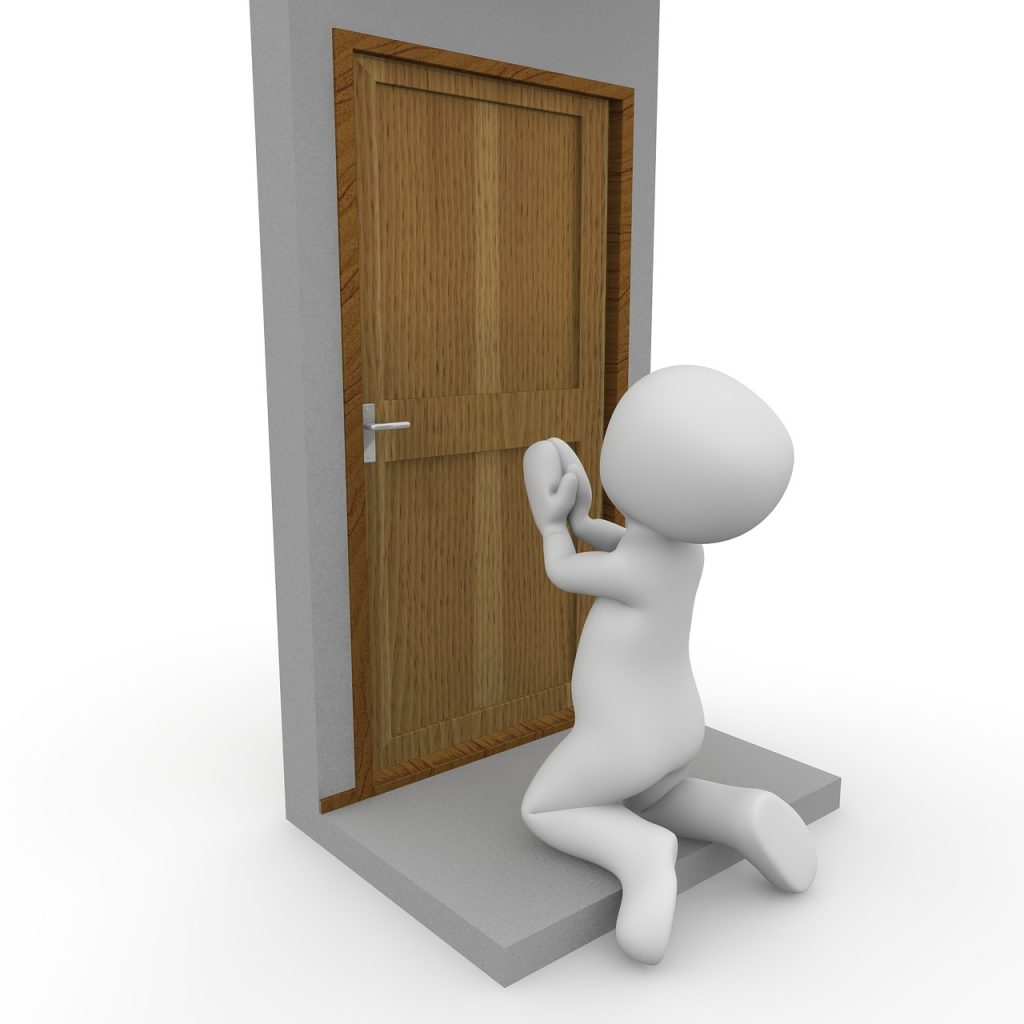 As we’ve mentioned, a broken door handle can be at best a hindrance, and at worst a disaster.  The solution will differ according to exactly which part of the door handle has broken.  Let’s examine some of the more common faults.

If the latch doesn’t properly slide into the hole in the frame, then the handle simply won’t work.  This misalignment might come about because of changes in the shape of the door over time – a problem which is particularly common in solid-wood doors of a certain vintage.

Try closing the latch slowly, and seeing the extent to which it’s misaligned.  If it’s just a matter of millimetres, then you might try enlarging the opening by filing down the edges a little.  If the problem has only just developed, then this is a likely solution.  If the gap is larger, however, then you’ll want to raise or lower the strike plate (the piece of metal protecting the edges of the hole, and then create a new opening.  Use wood putty to fill the gap you’ve left behind.

Removing a door handle that’s broken can often be tricky – particularly if you’ve managed to lock yourself in a room that doesn’t happen to contain all of your tools.  For this reason, it’s worth occasionally inspecting your handles and seeing which of them might benefit from maintenance or replacement.

If the handle itself is coming away from the door, then the problem may be a great deal more obvious.  This problem is an inevitable one; over time all door knobs and handles will become loose, and exactly how to tighten them again will depend on the design.

Typically, you’ll simply need to tighten the screws holding the handle to the door.  But in some cases, such as with a mortice lock, you’ll need to take things a stage further by loosening the knob and then holding it steady on the other side of the door before tightening again until the handle rests flush against the door.

If you’re dealing with a locking mechanism, then you’ll need to deal with the fact that there are far more moving, intricate parts to consider – and therefore a lot more that can go wrong.  In some cases, you’ll be able to simply remove the lock entirely and buy a replacement at relatively little expense.

In many cases, the lock might become inoperable because it’s blocked.  In freezing weather, moisture might find its way into the mechanism and freeze solid – making the door inoperable.  Little bits of grit and other particles might also pose the same problem.  It’s important that you never try to force a lock – as doing so will almost certainly make the problem far, far worse.  If the key breaks off in the lock, then you’ll need to call out a locksmith – and likely incur huge expense in doing so.

Instead, try to establish what’s causing the problem.  If it’s a frozen lock, then try to thaw out the lock before resorting to other methods.  Do this by warming the key and placing it in the lock repeatedly.  If you’ve just gotten a new key cut, then you might need to file off rough spots.  Identify these rough spots by using an open flame to blacken your key; the spots where the soot gets wiped off will be parts that need to be filed.

How do I fix a stiff door handle? 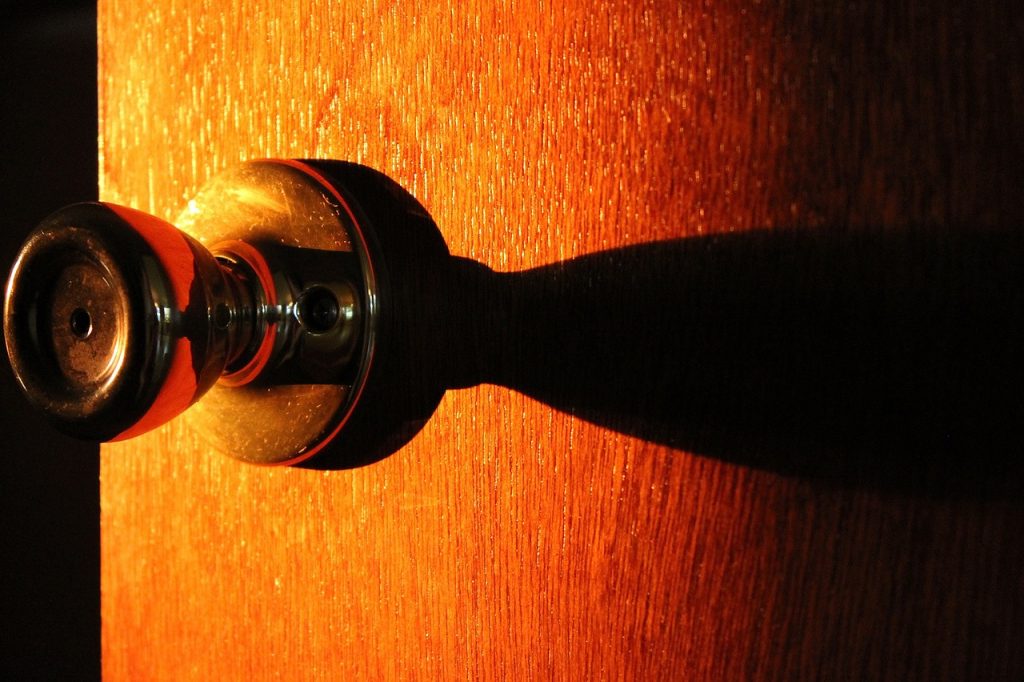 Before a door handle breaks, it’ll likely to begin to exhibit a few warning behaviours.  Among these is excessive stiffness.  To begin with, this might prove an annoyance – but ignore the problem and it’ll worsen into something a great deal worse than that.

Fortunately, this problem is often easily fixed with the help of just a screwdriver and some lubricant:

A door’s handle, as well as providing a pleasing visual accent for your door, also plays a crucial functional role.  When it isn’t working as it should, frustration will almost always result.  It’s worth paying attention to your handles – so that you can address those minor problems before they have a chance to develop into severe ones.