If you’re the owner of a period property, then you’ll want to make sure that your choice of front door is appropriate.  After all, a brilliant-white uPVC door is going to undermine the look of an otherwise Victorian cottage.  If you’re to achieve consistency and avoid your property’s exterior looking like a confused mess, then you’ll need to ensure that your doors match the rest of the building.  On the other hand, even if you’re the owner of an unashamedly modern home, you might still want to insert a little of the style of bygone days, with the help of a period door.

In this article, let’s examine the doors that might have graced the homes of bygone days, and see how we might recreate them today.

Naturally, the most important door of any house is the front one, and this importance is practical as well as aesthetic.  Any guests your home might be welcoming will enter through the front door, and for passers-by it’ll be the only door noticed at all.  External doors for period properties, then, deserve the most careful consideration – and the greatest financial outlay.

But while it’s important to emphasise the front door of your period home, it’s equally important that we don’t neglect the other doors in a property while doing so.  The right set of interior doors can help to complete the authentic look of a period kitchen, bathroom or living room – while the wrong one can spoil it.

When we’re looking for doors for an older home, we’re largely concerned about looks.  But we should also consider the practical benefits offered by more modern materials and designs.  Homes of centuries gone by were a great deal easier to break into, and their energy efficiency left much to be desired.

Fortunately, it’s possible to achieve that period aesthetic without compromising on either security or energy-efficiency.  Specially-made security doors for period homes help to ensure that the property looks the part, and that it’s safe and secure as well.

With all of that in mind, let’s examine the sorts of door that would have been prevalent at various points in Britain’s history. 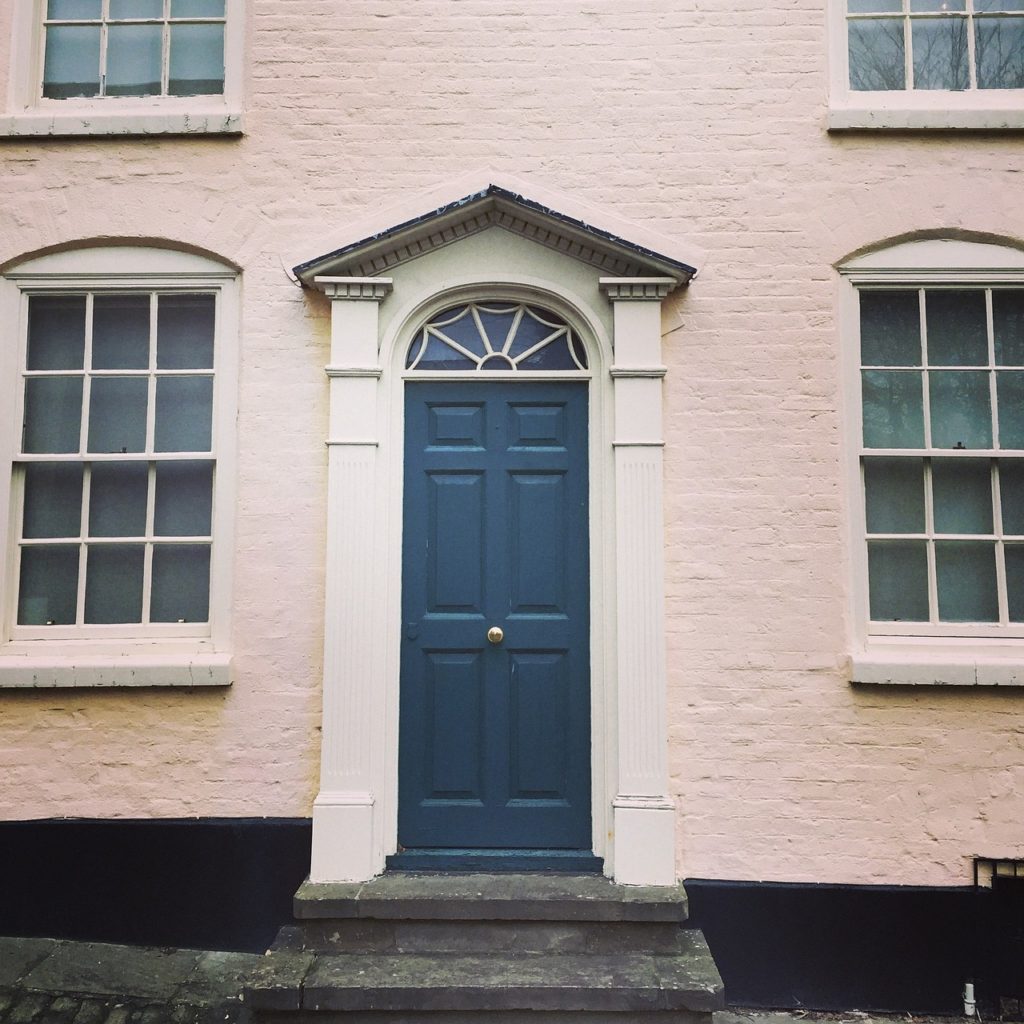 The Victorian era is one which saw the introduction of a great diversity of different styles.  This is so for several reasons:  the period covered a long time, and so saw many changes in doormaking fashion.  It’s also the period where mass-production really took off, and so manufacturers could realise their ideas and designs as never before.

The Victorian society was notorious for its obsession with keeping up appearances.  Over the course of the century, households began to fill with evermore ornate pieces of furniture.  The front door was no exception:  It was an opportunity for Victorians to demonstrate their exceptional taste (and wealth) to the rest of the street.

During the Victorian era, four-panelled doors exploded in popularity, and so they’re a popular choice among those looking for authenticity.  On the other hand, some examples came with two smaller glazed panels at the top – particularly if the doorway was lacking in other windows.

So what were Victorian doors made of?  Popular materials were mainly softwoods, like pine – though the wealthier portion of society would have been able to afford doors made from more expensive hardwoods like oak and mahogany.  In the latter case, doors would be given a coat of wax or varnish to help preserve them. 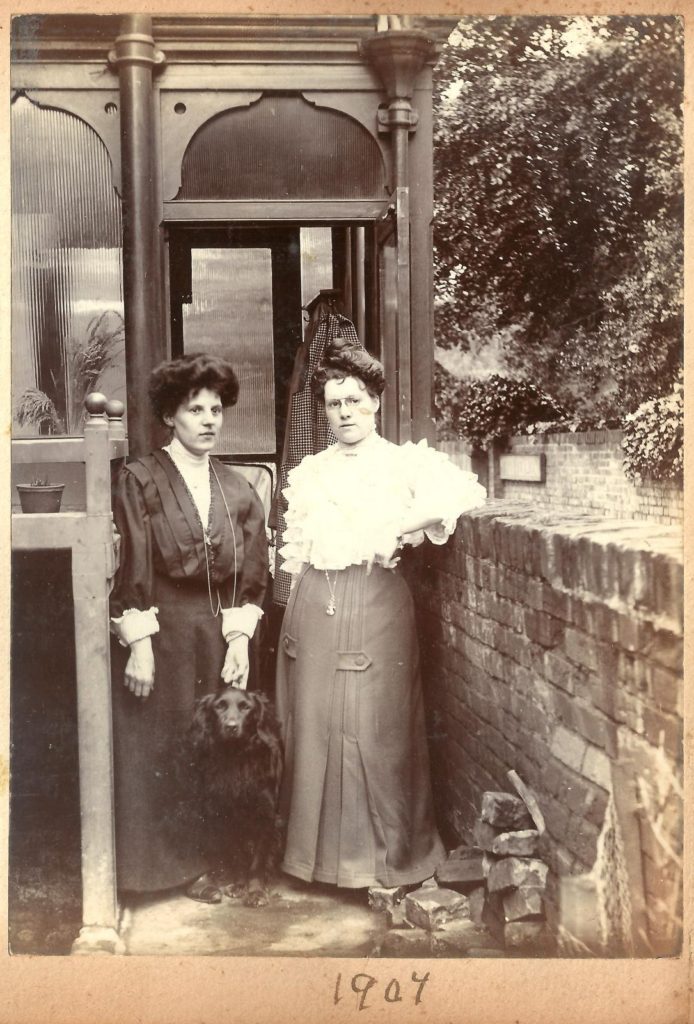 The Edwardian period covered the reign of Edward the VIII, which covered the nine years between 1901 and 1910.  With such a short time spent on the throne, Edward didn’t see much in the way of change, and so observers of historical architecture and carpentry (including the Victorian society) typically consider his reign as part of the Victorian Era.

Doors from this period tended, like their late-Victorian antecedents, to be made from softwood – unless their owners could afford hardwoods.  Brass suffered a slight dip in popularity in Edwardian front door hardware – it required frequent polishing, which many Edwardian households could not afford due to reduced servant numbers.  Wrought-iron hinges, knockers and letterboxes began to take their place.

By this period, a whole gamut of different paints had become available, and so Edwardian front door colours were exceptionally diverse.  Popular colours included bronze green, deep red, and a number of different woodgrain-style effects.  It was during this period that gloss paints became widely used on front doors.

Up until the Georgian era, doors were simple devices, consisting of little more than a series of vertical planks (stiles) nailed to a pair of horizontal ones (rails), each of which attached in turn to a hinge.  You can still find designs such as these in older cottages.

Panelled doors had been around for centuries by the time the 17th century arrived, but it was only then that the classical panelled door design was finally settled upon.  A Georgian door is typically six-panelled, with the topmost pair being smaller than the two beneath it.  The doorway would then be lit from above via a semi-circular window overhead, called a fanlight.

Popular myth holds that the six panel design was heavily influenced by Christian theology, with the lower panels representing an open bible and the upper structures representing a crucifix.  Some theories even hold that the design was to ward off witches.  Since the design was equally popular among non-Christians of the period, we can dismiss this without too much worry.  Georgian front door paint colours were invariably black or (less often) dark green, except during a spell toward the end of the 18th century where blue enjoyed modest popularity.

During Georgian times, the technology was not yet in place to mount large sheets of glass into the door itself.  Consequently, Georgian front doors favoured a simple solid-wood design, and relied on a semi-circular fanlight overhead to provide illumination.

So what glass was used in Victorian houses?  Clearly, modern double-glazing technology was still some way off – but plate glass had just arrived when Victoria assumed the throne in 1837.  The latter portion of the century saw the technology steadily develop; stained and etched glass would enjoy tremendous popularity in Victorian panels.

The gothic revival during the middle of the 19th century would see stained glass become a popular medium for artists, and then later the art nouveau movement would encourage the painting of plate glass.  As ever, it became a competition among Victorians to see whose front door could be the showiest.  Those looking for an authentic late-Victorian entrance might therefore opt for something incorporating elaborate, carved wood surrounding a pair of frosted, etched or stained glass panels. 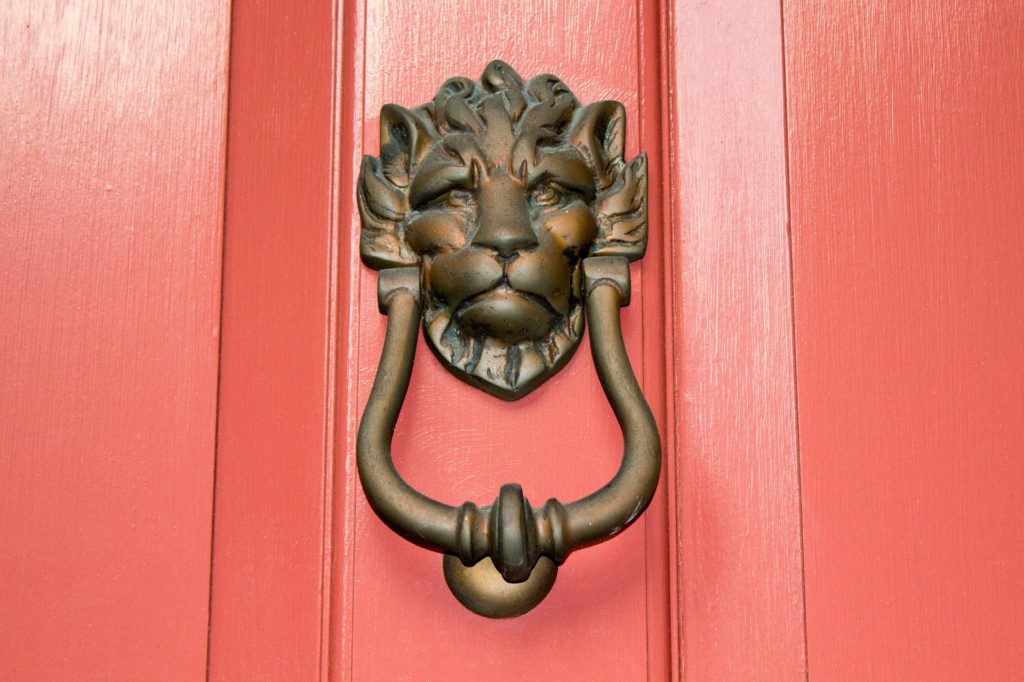 When it comes to materials, Georgian and early Victorian properties would have been equipped with cast-iron handles, hinges and doorknockers – with the latter offering an opportunity for an ornate design like a lion’s head.

Period locks for doors can be easily purchased – as can the other accessories we’ve mentioned.  Naturally, some items will appear out-of-place in period doors.  The modern pin-tumbler mechanism was invented and popularised by Linus Yale, Sr. and his son, Linus Yale Jnr., during the reign of Victoria, but it wasn’t until the 20th century that his design became truly ubiquitous.  When making a purchase such as this, you’ll want to be sure that you don’t compromise security for looks – get a modern, functioning lock that mimics the period aesthetic.

The mechanism for a letterbox came to be popular in England under Victoria’s reign, but their use was widespread in Paris during the previous century.  Owners of period properties might therefore use them without fear of being inauthentic – Victorian properties might have featured brass letterboxes, with ornate patterns and letters displayed on them.

A front door is almost always a visual centrepiece for the front of a house, and so it’s essential that we choose designs that fit well with the rest of the building.  Mimicking the style of the period in question is a useful way to lend authenticity to a home – but we should also remember that not all houses from a given period conformed slavishly to the styles of the day.  The further back in time we go, the murkier our impression of what doors might have looked like.

It might be that you’re going to be regularly entertaining well-informed guests who will note that your stained-glass doorway doesn’t sit well with your otherwise authentic Georgian property.  If you aren’t, however, then you need only ensure that the door looks like it belongs.  We’re not building the set for a historical drama; we simply need the overall look of the property to be consistent and convincing.  If we can do that, we’re onto a winner – though a little authenticity is always a welcome bonus!